I have been consuming the latest flagship report, released today, 10th September 2020, by the IEA called “Energy Technology Perspectives 2020

The report’s comprehensive analysis maps out the technologies needed to tackle emissions in all parts of the energy sector, including areas where technological progress is still lacking such as long-distance transport and heavy industries.

It shows the amount of emissions reductions that are required from electrification, hydrogen, bioenergy and carbon capture, utilization, and storage. It also provides an assessment of emissions from existing infrastructure and what can be done to address them.

Within the work going into this report, the IEA has identified over 800 technology options that need to be further examined, explored, validated, and accelerated for the World to reach net-zero emissions by 2050. That is an awful lot of innovation to get us to a clean energy transition from where we are today.

END_OF_DOCUMENT_TOKEN_TO_BE_REPLACED

We need to shift from scalable efficiency to scalable learning but how can we liberate creative energy, how can we achieve higher engagement?

The best way is to encourage everyone to have the ongoing experience, to get really involved and caught up in projects and initiatives that have the potential for impact. Learning from failures needs to be part of this.

Yet the very best thing is to encourage connected minds for value-creating opportunities and knowledge sharing for innovation to flow across an organization. For this, we need to think about some modern engagement platforms that have ’engagement and knowledge’ at their heart.

Let me offer some thoughts on this engagement need. It is (really) valuable to relate too.
END_OF_DOCUMENT_TOKEN_TO_BE_REPLACED

Constructing an innovation conversation framework is never easy, we all come at it in different ways and when it comes to those strategic conversations, we feel a sense of panic and growing tension as our messages begin to fray at the edges and slip more into tactical, the more we talk.

If you just diving into innovations, this sort of strategic conversation can change the goalposts, alter the perspective, and can give the innovation a more focused framing to build propositions around. It enables you to stand out as you are able to articulate the “bigger picture”

The framing of an innovation conversation framework

END_OF_DOCUMENT_TOKEN_TO_BE_REPLACED

It seems so simple doesn’t it – “bringing final ideas to market”. So easy to say, yet it does seem so very hard to achieve.

Everything we should be aiming at is ‘successful execution’, it’s the last, hard five yards of all the work that went into something, which can be finally realized and come to ‘commercial life’

Here in Europe, it is often suggested that “Europe is the cradle of creativity”, perhaps but I think the United States is “the crucible of innovation”, it forges ideas and takes them to market far better. In the US there is this powerful push to make money far more and to realize innovation, as clearly you must focus on the ‘making money part2 otherwise it remains a good idea but not fully market executed.

Europe has many good ideas but they seem to get lost in this final stage, the execution of the concept, turning it into something realizable and commercially valuable, or socially needed. Much of Europe’s hard work in the discovery and validation stages fail to gain scale due to this lack of sustaining commitment until the concept is firmly established. There is far more emphasis on this final step within the Horizon 2020 funds to show ‘proof of concept’ or commercial value than in the past and that is a good thing.

Putting more resources behind the likely winners, rather than on projects that simply stay ‘blue sky’ or conceptual, then get picked up by others to commercialize. It is the final go-to-market that makes a real difference in wealth creation and job creation.

END_OF_DOCUMENT_TOKEN_TO_BE_REPLACED 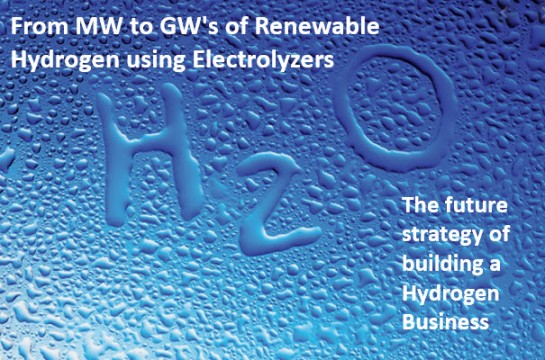 I was listening to a short chat between Armin Schnettler, the SVP New Energy Business, Siemens Energy, and Kevin O’Donovan. Kevin, without doubt, is an outstanding, knowledgeable technology evangelist for all things relating to the Energy Transition.

The two briefly discussed green Hydrogen and where Electrolyzers will fit within the future strategy of building a broader Hydrogen business. You can watch the 4-minute chat here on YouTube.

The conversation triggered several questions that I decided to find out about, research, and learn and covered in two posts, this one and one specifically on Electroyzers over on my dedicated Energy Transition site of https://innovating4energy.com

I certainly believe we will see emerging a lot of new inventions and innovations to get the Electrolyzer based on PEM technology Industrial ready. END_OF_DOCUMENT_TOKEN_TO_BE_REPLACED

Today the International Energy Agency (IRA) released a long-awaited update on where innovation needs to be in the energy transition we are undergoing.

At their own admission, it has been three years since they (IEA) released its last Energy Technology Perspective (ETP) report. Although they argue they have been reflecting on the critical technology challenges, it is way overdue.

IEA will further follow up later this year with a flagship ETP 2020 publication later in the year to keep a tighter and more consistent focus on the role and need of innovation to accelerate clean energy transitions.

They, the IEA are planning an IEA Clean Energy Transitions Summit really soon to convene ministers and CEO’s to the aim of driving economic development by this more robust focus on clean, resilient, and inclusive energy systems. END_OF_DOCUMENT_TOKEN_TO_BE_REPLACED 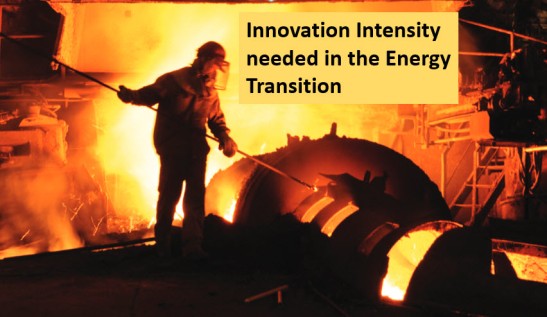 The level of innovation intensity within the Energy Transition is a fascinating one and one I continually place more and more a focus upon.

One really critical source of reference for tracking clean energy progress comes from the International Energy Agency (IEA). The recent reporting back on the development of the energy transition we are undertaking seems depressing reading. We need to accelerate innovation and technology adoption.

We are so off track for much of the Energy Transition. if we are going to get anywhere near the Paris Agreement, and the below 2-degree climate goal set by 2050, we need to focus even more on transforming our energy systems globally.

The IEA’s Sustainable Development Scenario (SDS) offers a pathway for the global energy system to reach three strategic goals: the Paris Agreement’s well below 2°C climate goal, universal energy access, and substantially reducing air pollution. The IEA assesses the status of 46 critical energy technologies and sectors and offers some general advice on how to get “on track” with this SDS approach.

Presently there is a rising concern the Covid-19 has knocked us off a path.

In the short term, the dramatic economic downturn has given rise to seeing air pollution levels drop during the “lockdown” months, but as was seen after the 2008 /9 financial crisis when the economy came “roaring back,” so did the carbon emissions.

END_OF_DOCUMENT_TOKEN_TO_BE_REPLACED

I have been building out the value in my proposal of having a Fitness Landscape framework within the Energy Transition and why it makes sense.

Here in this post, I want to expand on my thinking around navigating a complex landscape that the Energy Transition demands.

I am looking at the Energy Transition from an evolving technology innovation perspective. In other words, what “forces” can be identified or promoted that can transform the existing energy system through the pursuit of the new invention, innovation, or technological advancement. Specifically, ones that will be needed over such an extended time and complexity of change that this Energy Transition will take, upwards of twenty to thirty years to give it an unstoppable momentum.

For this, we need to continually identify resources and capital by addressing the competencies, capabilities, and capacities to generate and accelerate change and consistently map these back to the realities of the landscape of change we are trying to traverse.

When you look through the lens of innovating at the Energy Transition, you are often questioning the fitness, or the reality to achieve something. END_OF_DOCUMENT_TOKEN_TO_BE_REPLACED

A transition advocate for innovation, ecosystems and the energy and IIoT systems